I never experienced the death of a close person until recently when I lost my best friend who also happened to be my legal husband on papers. We were soul mates, friends, business partners, previous lovers, family, he was my everything he was my most special person and we comforted each other every day through this life. The death didn’t come as a surprise because it was the third time he had overdosed in 2 years but it did come as a shock. Thank god my mom was with me when I received the phone call from his father because the wave of emotions you feel are so intense I couldn’t ever imagine it was possible to feel so much pain all at once. As we drove to the house to see the body one last time before they took it away we pulled over on the side of the road where I thru up and screamed. I cried non stop  on that two hour drive from the desert to LA, to his house. When we got there they were cleaning the body and room for hours before I could see him which broke my heart even more to imagine the fear and pain he must have felt during those last moments. They are Russian so the father was being strong but I can only imagine the pain he must have felt finding his son dead in his bed, which is where he was that night because they had a early meeting together. I spoke to him only hours before he died and we were not agreeing on some stressful things we had to deal with. It was very hard because we had a dysfunctional relationship and bond and we were dealing with real stuff. He was grabbing onto me so hard, I couldn’t hold him. I needed him to hold himself and he wasn’t it was too much.

Death has been the trippiest drug Ive ever taken. It brings up so many layers of wounds. It makes you question everything and gives you a perspective of reality and what’s important. I wish I would have told him more how much I loved him. He told me everyday I love you Tatianchiki and I was so mad at him all the time. But when death comes all you can see is the beauty and the love, all you can remember is the good and everything else just disappears.

Shortly after his death I thought for sure that I would be able to feel him or he would contact me in some way and I began to understand that he had not yet realized he was dead and that I needed to go find him and help him get to the other side. My mom and I decided to go into ceremony ( no plant medicine) just calling in the spirits and ancestors to help us find Artur and help him. We set up a big alter with his photos, flowers, candles, feathers and sentiments of him as well as his clothing. My mom did the drumming and I lied down and put a mask over my eyes and went into journey with my fox. I found Artur pretty quick and he said to me where is my body I can’t find my body and I said to him your body is gone, you can’t go back to it and he said no we still have time its only been a few minutes and I said no its been 2 days, your body is gone now and he sat there with confusion in his face as he realized what I was telling him. I said we have to get you to the other side, your ancestors are waiting for you and he said no we have time and he hugged me and I was crying a lot and I said Im so sorry artur, Im so sorry and he rubbed my face with a white feather and looked at me with so much love smiling and holding me with so much peace. I knew that he couldn’t stay there and I needed to help him and he kept saying we have time but the drumming music was speeding up so time was going and than all of a sudden a huge white angel with white feathers came and grabbed him and pushed him up towards the stairs and I saw all his ancestors waiting for him and he looked back at me and I couldn’t stop crying as I watched him walk up the stairs. The drumming stopped and I opened my eyes and I asked my mom what she saw and what happened for her and she told me she saw Artur sitting next to me on the floor where I was laying and he was rubbing my face with a white feather. She said a big angel came and took him up the stairs to meet his ancestors and he was riding on his bear with his head down.

I know and believe in all this spiritual stuff but death takes it to another level.

After this I went into deep grief for a month, Im still in it ( 4 months later) but that first 40 days I was paralyzed. The first week I cried all night and all day I didn’t sleep, I didn’t eat, I couldn’t do anything. After two weeks a lot of stuff started coming up that was not related to Artur but that’s what grief does it amplifies everything and makes you question your reality. I stopped caring about things I cared about before. For the first time in my life I wanted to go join him on the other side and so did my son. I wanted to die. I was thinking about ways I can do this. Life had no meaning any more and my entire foundation had collapsed. My son was in grief, he grew up with Artur, Artur was his dis functional step dad closer to his age than mine. We were both in so much pain but day by day we got though it.

About a month before Arturs death he told me and another friend about a very realistic dream he had, he said a huge angel came with white feathers and the feathers were real and she said Im coming back for you. He kept telling me about it and he said the feathers were real Tiana. I said its a warning, she’s going to come get you, you better stop doing drugs and you better take it seriously. He was lying to us all. He promised he was sober. If we knew we would have kidnapped him and made him detox. We all loved him so much, he was an angel, he would give the shirt off his back for you, he would sleep on the floor for you, he would spend his last dollar on you and he never complained ever. I think the craziest part about death is that it puts everything into perspective that this will all end soon. That we will loose everyone we love, that we will die and that this must not be it, this can’t be it and than we have these mystical experiences and we start to understand more about what’s going on in this crazy matrix universe. Its super trippy! Every time I have the thought that I will never see his cute little face and russian accent ever ever ever again it puts me into perspective that we are souls and we are not our bodies and I will see his beautiful and loving heart again and maybe I will see him as I remember him in the next place we go, the next dimension, I hope.

After some time passed I did a mushroom ceremony, I actually did 6 back to back mushroom ceremonies because that’s what I was guided to do. These ceremonies were the most transformational and healing of my life. On the first night my ancestors guided me into wounds and taught me how to find them and heal them. I did two days of wound swimming, which is where you find wounds that are buried deep in your subconscious and you listen to them and let them be heard so they are no longer being suppressed and now integrated and not ashamed and hiding. The wounds are like little entities, they need to be heard and this technique is what my Native American Ancestors told me our tribes used to do in ceremony. Its good shit. And it feels so amazing to release these energies. You just want to keep going every day because you feel so much better. On third day I found Artur and I learned that he was a wound holder. They told me that we call in the babies to place our wounds on because the wounds can be too heavy to hold as soon as we are born we take the wounds of our parents and whatever wounds they are holding from theirs and so on. Artur had a perfect childhood with mom dad and grandma and we were always trying to figure out where all his pain is coming from. He grew up in a beautiful loving home with both parents, normal school, friends, no traumas, perfect childhood. So what I saw is that when Artur was born, he received the wounds from mom, grandma and dad and these were heavy, super heavy. There wounds especially grandmas were so deep that you can even see in his baby photos he looks super freaked out. We always talked about his baby photos and recognized that he looked terrified. Ancestors told me he was a wound holder, a person who is holding a lot of wounds. Recently he was under so much pressure from his family and me as well because we were married and there was a immigration situation and lots of people were relying on this it became too much to hold. I feel like he left because he couldn’t hold the wounds anymore. In my ceremony I was trying to understand where the wounds go when the wound holder leaves earth. Ancestors told me if there is no one to take them here than they get held in the line and the reason ancestors are here helping us is because they are also connected to this line and wounds and they need it to heal as well in order to ascend to the higher dimension. Its all connected. 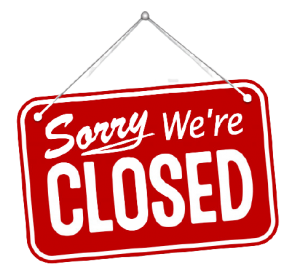 We are currently moving and the shop will be closed from now until April 26, 2021. Thank you for your patience.